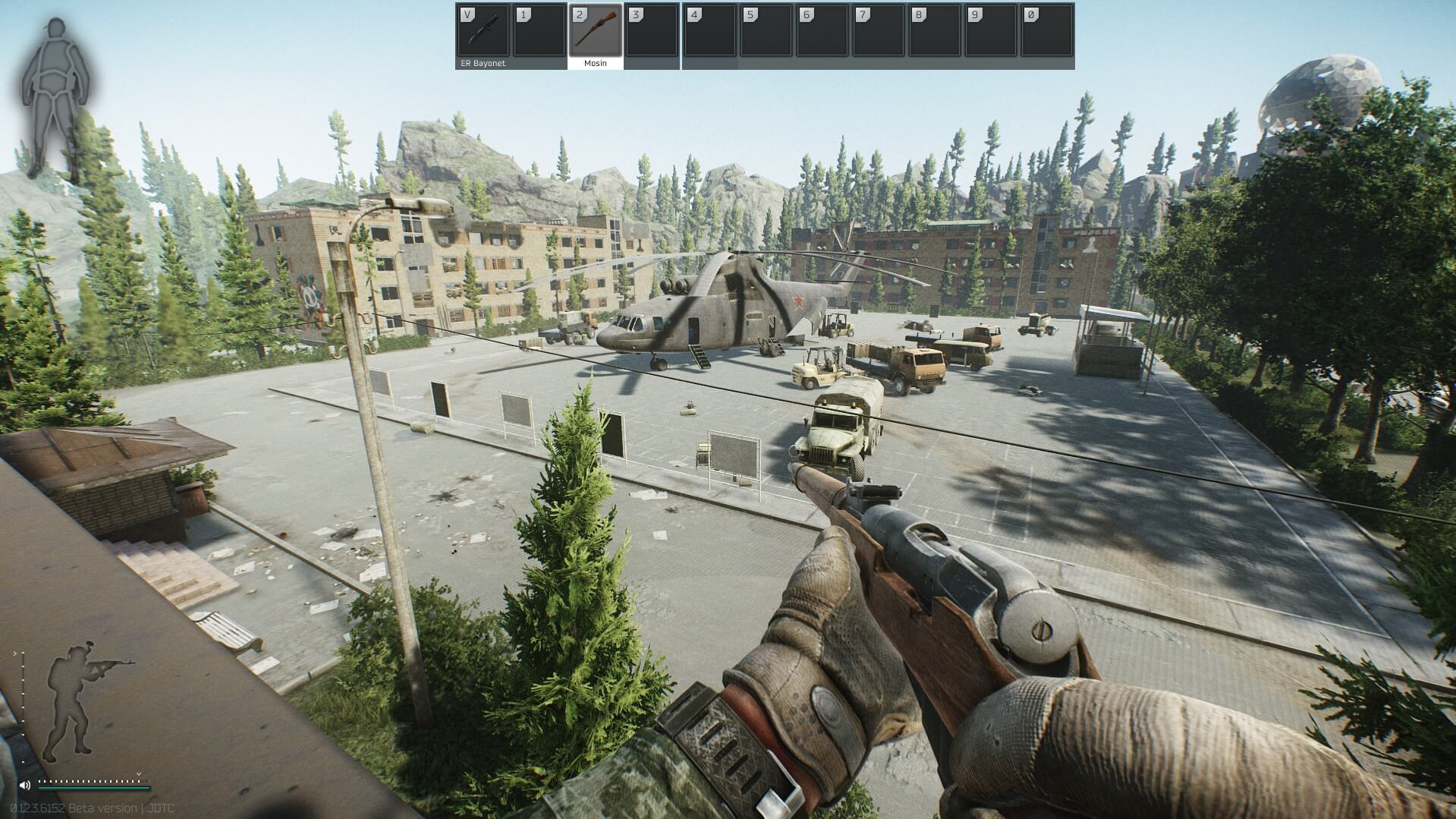 Tarkov’s secret Federal Reserve Agency, one of Russia’s Rosrezerv bases, is a military facility responsible for supporting, protecting and managing one of Russia’s top-secret supply depots that were set up in the event of World War III. Objects of this type are usually located in remote or inconspicuous places, are well connected through an extensive rail network, have hermetically sealed warehouses (sometimes they are created in abandoned mines or cave systems), are well protected from enemy air and ground attacks (the special forces company was most likely housed in the Tarkovsky Reserve), and they have enough reserves to enable a small city to survive a nuclear winter. Now, after Tarkov and its surroundings have been evacuated, the base is open to PMCs, Scavs, raiders and most of the Escape from Tarkov supplies that were in it are likely still in place.

Location Reserve, according to many Escape from Tarkov players, is the most competitive and profitable map in the game. Because of this, the competition during raids is always tough, squad gunfights are very frequent, and you cannot do without shots here. What’s more, the abundance of readily available military grade weapons and items makes the Reserve one of the best EFT cards to play as a Scav.

Some of the main features of the Reserve are:

Guide to interesting points on the Escape from Tarkov Reserve map

Tarkov’s military base is a very interesting (and dangerous) place. There is a lot to see and even more to dig, as the veterans love to keep their secrets and supplies inside their bases (and they didn’t have time to sweep it all away when they evacuated); here are some of the highlights on this map. 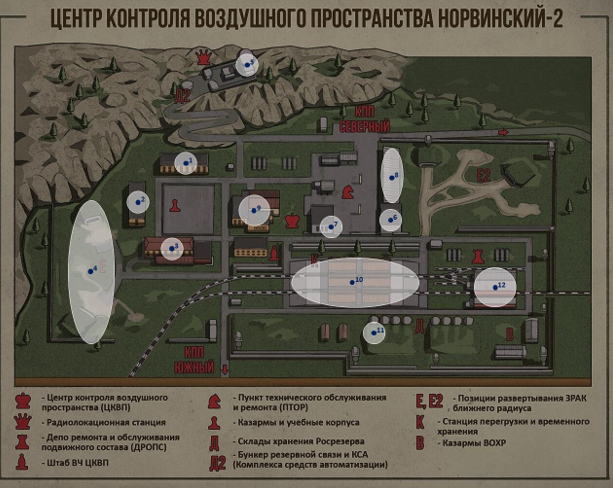 The building of the northern barracks. This is where most of the base personnel were stationed. The building is quite large; it has 4 floors and an accessible roof that can be a vantage point (it even has some kind of cover so you won’t be too naked there, but you will still be easy to see from the dome; try to always have some cover in between you and them on the roof). If you want to completely loot this building, you will need the following two keys:

Note 1: There is a helicopter in the middle of the square between the Peshek buildings. It can be used as a convenient reference point (its nose points towards the School / South Pawn and its tail points towards the North Pawn / White Pawn). It also contains some loot, but it is very dangerous to be around it as you have to cross an open field to get inside.

Note 2: there is also a small podium in the square to the west of the helicopter, and under it (the entrance through a small window) is the unfortunate Scav…

A building very similar to the White Pawn / North Pawn building (both in purpose and in the layout of the room – also 4 floors). This is where most of the base personnel were stationed. Unlike the White Pawn, the Black Pawn has a dark secret in its basement… It is rumored that an occult sect has established its temple there. And the sect that operates in the city of Tarkov is known for using weapons as sacrifices, which means that there must be weapons there.

If you want to access the Marked Reserve room in the Black Pawn basement, you will need the RB-BK key (the key can be found on the Forest map in the Navigator’s cache).

Academic building in the area of the base barracks (although it is often called the “South Pawn”). It has several enclosed areas and a heavy weapon support in a window on the top floor and on the roof. Also, the building was fortified with sandbags, so protection can be installed here. If you want to completely loot this building, you will need the following keys:

Location – Western part of the Reserve, south of the North Pawn / White Pawn building and east of the White Elephant building. School / South Pawn is marked on our map as “3”.

One of two anti-aircraft gun emplacements of the Tarkov military base. The area contains rooted AA missiles and tanks in the middle; also two bunkers (E1 to the south and E1 to the north). While there are spawn points in the bunkers, they are still worth checking out as there is a chance someone has missed something of value (like the military battery 6-STEN-140-M). Keep in mind that you will be very vulnerable when passing through this open area; try to cross the open ground as quickly as possible and enter one of the bunkers or other cover.

The military base’s radar, easily recognizable by the white dome that dominates the surrounding landscape. This is one of the more interesting areas of the Reserve for a number of good reasons; underneath the smaller White Queen building is a large underground bunker complex (which is connected by an underground tunnel to the pawn area; the tunnels have a lot of decent spawning) and the area has a fortified 30x29mm AGS firearm that can be used to bombard much of the base. On top of that, there are two security booths here that might have something interesting. In addition, there is a Cliff Descent loot behind the Dome, which cannot be used if you are wearing armor, and which requires a Paracord Roll and Ice Ax.

Location – Northern part of the Reserve map, north of the White Pawn building. The White Queen / Dome is marked as “5” on our map.

The building of the eastern workshop of the Reserve, better known as the “White Knight”. If you are after industrial or military mining, you will not be disappointed with this place. On the first floor of the building there are repair shops with a BMP (infantry fighting vehicle) parked inside (this is most likely a Russian / Soviet BMP-2). Unlike the Black Knight building, this has been fortified with a sandbag, making it difficult to access the second floor (to access it, you must fall through a hole in the building’s roof that could break your legs).

Location – in the center of the military base, north of the main train station, south of the White Queen / Dome. The White Knight is marked as “6” on our map.

The western building of the Reserves workshop, more commonly known as the “Black Knight”. If you come here after industrial and military mining, you will not be disappointed. The building is three-storey, on the ground floor there is a large maintenance hall, workshops and shops. On the second floor there is a locked workshop with a chance of good loot, and on the third there are mostly offices. In addition, the roof of the building is accessible (the roof is quite open, which is quite easy to see from the dome).

Location – in the center of the military base, north of the main train station, south of the White Queen / Dome. The black knight is marked as “7” on our map.

Large hangar / Service area at the Knight’s workshops. Several different vehicles are parked inside. There is a latticed door at the north end of the Garages that requires a key RB-ST to open.

Location – in the center of the military base, north of the main train station, south of the White Queen / Dome (“long” building in the northeastern part of the area). The garages are marked as “8” on our map.

The airspace control center of the Tarkov military base, better known as the “White King Building”. This large, three-story structure with an accessible roof is one of the more interesting areas on the map, and its central position makes players often meet here. The very welcoming “Welcome to Hell” sign above the main entrance pretty much sums up the place; expect all hell to break free after you enter as there must be other PMCs around.

To completely plunder this area, you will need the following keys:

Location – The blind spot of the military base, east of the Pawns area, west of the Knight area, and south of the Dome / Queen area. The white king is marked as “9” on our map.

A military base cargo station with extensive storage facilities. Here all the equipment, fuel, weapons and vehicles that were supplied to the Reserve were unloaded. This means that, most likely, valuable goods are hidden around the station. There are also two weapons strongholds in the area (one at each station).

Note: NPC Boss of the Reserve, Glukhar, and his bodyguards sometimes roam the area around the station. They are very hostile, extremely deadly, very accurate and surprisingly durable, making them very formidable opponents. If you encounter them, try to immediately interrupt your line of sight and, if you want to engage in combat, close the distance as quickly as possible, because they are usually more dangerous at long distances.

Location – in the middle of the military base, south of the Knight zone and west of the Knight area. Station / Station K is marked as “10” on our map.

Large underground warehouse located under the southwest hangars / warehouses. A tunnel with a road that’s big enough to support truck traffic gives the place scale (it’s massive). There are 4 closed areas with good mining opportunities, which means you need keys. Caution is advised when you are downstairs as there are many raiders spawning in this area. This area also contains the Sealed Bunker Door loot (at the western entrance to the Sealed Bunker).

To completely loot this area, you will need the following keys:

Location – South of the military base, below the westernmost of the southern storage depots, south of Station K. The sealed bunker is marked “11” on our map.

Train repair and maintenance station. This is the place from where the Armored Train departs (one of the possible ways to obtain a Reserve card). The White Rook is a large hangar with an accessible roof that provides good (but somewhat open) vantage points that overlook the immediate area (including the military guard barracks, sealed bunker entrances, and K Station).

This concludes our guide and overview of the Reserve location. If you are going to visit these lands, then you will definitely have to provide yourself with the necessary weapons, sets of keys, consumables, or at least just currency. You can buy all this in the online service boostingexperts.com. We will make Escape from Tarkov easy and accessible for every player.